The west side of Messinia offers a different picture of the guest dock , experiencing the last mosaic landscapes and images that includes historical castles , villages and small islands preserved and maintained over time , combined with the charm of the Greek countryside. Pylos is in excellent geographical location... More

The west side of Messinia offers a different picture of the guest dock , experiencing the last mosaic landscapes and images that includes historical castles , villages and small islands preserved and maintained over time , combined with the charm of the Greek countryside.

Pylos is in excellent geographical location while its port is one of the largest and safest ports in the world, with a length of 4800m and 3600m width. The Port The depth of the sea reaches 50m. To the west, in front of the port is the island of Sfaktiria. South of Sfaktiria is located the small island of Pylos also known as Tsichli-Baba or Fanari. There, in 1890 the French Republic built a monument for the French who were killed in the Battle of Navarino. Between Tsichli-Baba and Sfaktiria are the Koutsoynes, the two rocks sharp reminiscent which are reminding [Memorial] the moment when Aris, in April 26, 1825 during the siege of Niokastro by Ibrahim, on the ship of Admiral Tsamadou, managed to escape in the night through this passage, after causing huge damage to the Turk-Egyptian fleet.

On the south side of Sfakteria, in 1959 was built a monument for the Greek who were killed in the battle of Sfaktiria which has over it the names of Tsamadou, Sahinis and Anagnostara. [Memorial] Further in the north is the tomb of Paul Bonaparte, Napoleon’s nephew, who was killed in 1827 by the detonation of a weapon, on the warship Hellas. His corps was buried, eventually, in Sfaktiria in 1832 after having remained for five years in a barrel of rum. North, up the coast, is the monument of count Santarosa, a philellenist, who was killed in the battle of Sfaktiria on In April 26, 1825. The monument was built in 1926 by the Italian state.

Further on the north is the monument of the Russians killed in the Battle of Navarino, which was constructed in 1872 by queen Olga and was completed in 1960. Next to it is the Russian style chapel of Ag.Nikolaos, a donation of the emigrants from the town Petrozavontse. In its northern part, Sfaktiria has the pass of Sykia, a sea lane with a maximum width of 150m which is no longer the entrance to the harbor, when the Turks sank destroyed ships that were left there from the naval battle of Nafpakto in 1571.

Inside the port there is the small Island of Chelonaki. On this island is the monument of the British killed in the battle of Navarino, which was built by the Greek state.

With a boat we head across the Bay of Navarino to the uninhabited island of Sfaktiria – a place full of history and myths. From the Russian war monument we hike along the historical path to the peak of the island where we enjoy a stunning 360-view over the bay, the lagoon and the Ionian Sea. On the way back to the hotel there is time for a jump into the bay or a sight-seeing tour in Pylos.

Excellent boat cruise with a plenty of pictures around the Navarino bay. Don’t miss it !!

Round trip daily cruises available in June-September with a boat to "Island of Sfaktiria"from Pylos
Departure from the port of Pylos for the 2-3 hours cruise to the island of Sfaktiria.
First stop: Fanari or Tripito – Lighthouse
At the top of the little island there is a marble column, in honour of the French allies who were killed during the Navarino battle. Forty-five miles southwest there is the deepest point in the whole Mediterranean, called the Oinouses trench, with a depth of more than 5,000 m. From the northern part of the island all the way to the lagoon called Divari, stretches the island of Sfaktiria, acting as a seawall for the Navarino Bay . On the way you may see the memorial of the Greeks who were killed during the holocaust of Sfaktiria in 1825 as well the Santa-Rosa monument, the great Italian philhellene.
Second stop: the Russian memorial
There is found the Russian memorial and the Russian style church of St. Nicolas, which was built in 1997 to commemorate the Russian allied who were killed here. At the same spot there is also the Greek church of the Ascension.
Third stop: the little turtle (Helonaki)
A small island right in the middle of the bay which has its name derived from the shape of a turtle. There, was build the Anglican memorial again to the memory of the British allies killed here.
During the summer months a swimming is also included.

Departure time and information will be advised by sms or email one (1) day before the departure of your tour/activity.

Swimming is not required as it is optional.

Participants should feel comfortable in walking,swimming and able to walk and swimm.

All customer touchpoints are frequently cleaned.
Social distancing is maintained in vehicles up to 65% of the total capacity per vehicle ( taxi-minivan-minibus-bus).
The number of visitors is limited to reduce crowds.
Masks are required, please bring your own..

Tailor Made
Custom Designed – can’t see a tour you want to book, or maybe you want to amend one or do something different. We can create your tour, simply call or contact us.

Flexibility
With all our Private Tours, the beauty is the flexibility, any date you want, a private tour just for your party, you are in charge.

Driver/Guide
Quite simply having a Driver/Guide will let you truly connect with & enjoy all Greece has to offer, hassle free.

Passionate About Travel
At Trigilidas Travel we love to travel. We have first-hand knowledge of the itineraries we put together and we know what our clients want when they travel.

Unique Experiences
We want you to have a unique and immersive experience, taking you to hidden gems, we can also add those extra touches to make things feel all the more special.

High Standard
Our properties are always of a high standard, our suppliers are vetted and assessed to make sure that our own high standards are met.

Service
We are as invested in your trip as you are, every client really matters. We aim to give you excellent customer service, the perfect holiday and to leave you with a great impression of Greece.

Value
We like to give value for money, often we are cheaper than most group tours. Our Private tours are more flexible, tailored to your needs & better value for money.

I'm not staying in a hotel, what is the closest pick up point?
You will need to provide the nearest major hotel to where you are staying, and enter these details as the pick up in your booking request. Alternatively you can make your way to the main departure point (Nedontos 79 str.)

Are you offering special group rates?
Trigilidas Travel as a tour organizer is specialized also to groups and private tours so please mail us at info@trigilidas.gr

Can I change/amend my booking?
It may be possible to amend your booking; however, this depends upon the type of amendment required and is at the discretion of the travel service provider. Contact Trigilidas Travel customer care department with your current booking details and specific details of your amendment, and we will be able to advise if the change/amendment is possible. 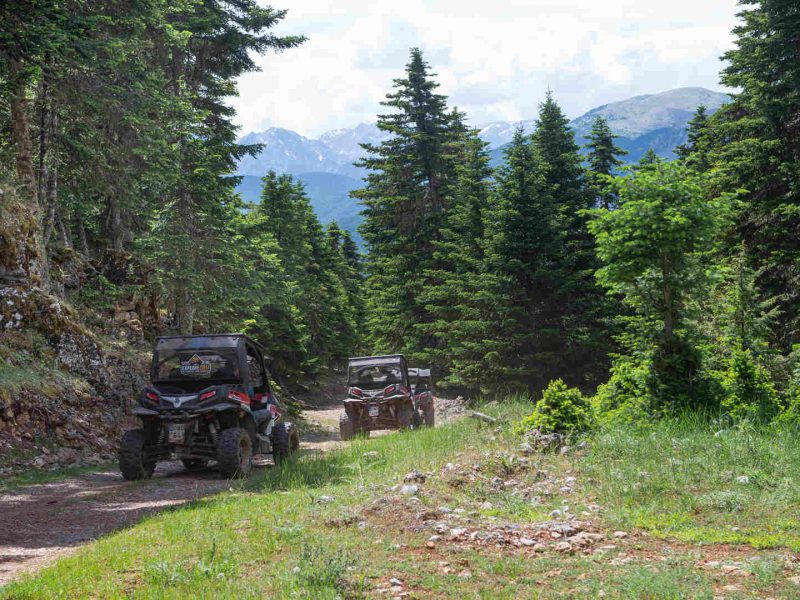 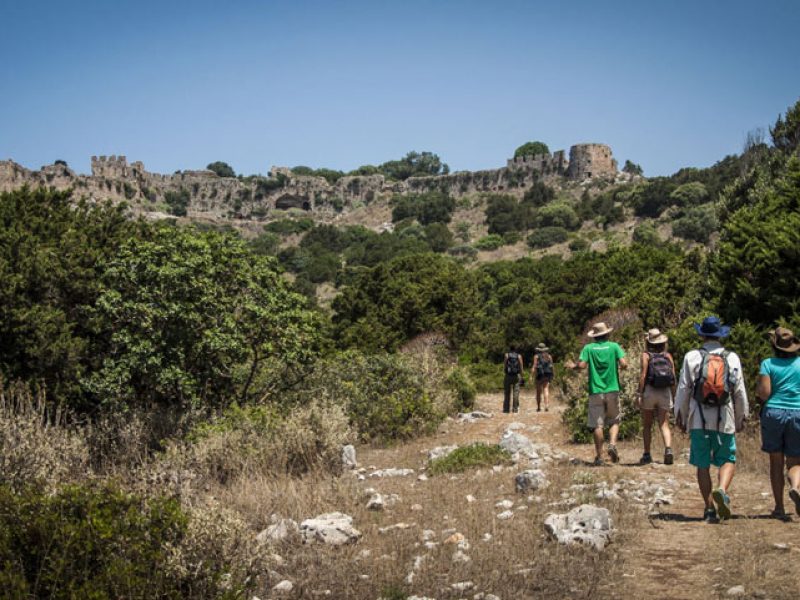 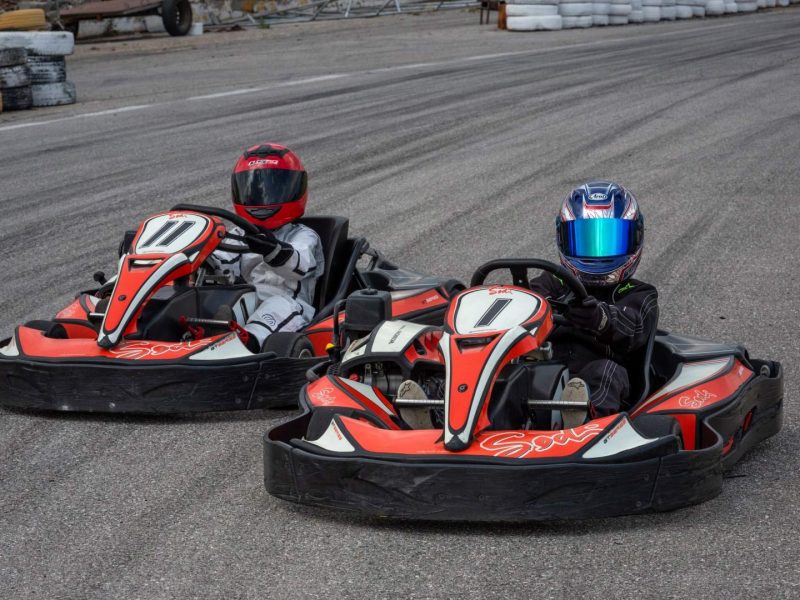 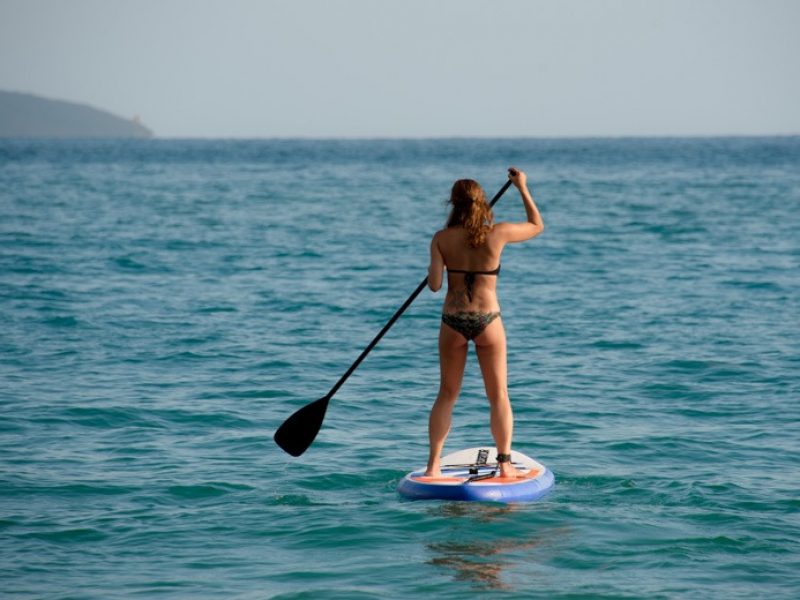