Do you dream of getting away from your daily routine and enjoy a trip in the countryside? The villages of mountainous Arcadia are beautiful all year round, and it’s up to you to discover their magic.  Mountainous Arcadia :  A masterpiece of nature in the Peloponnese, time-honoured traditions, historic villages, monasteries and ancient civilisations.

A tour  to mountainous Arcadia, a mythical destination in the Peloponnese, known for its historic villages with traditional architecture and unique monuments. Limbovisi, Xrysovisi , Stemnitsa, Dimitsana, Karytaina villages where the leader of the Greek Revolution has lived and left his liberating traces.

Limbovisi or Limbovisti
Tucked away in the fir forest and in the large ravines of Mainalo, at an altitude of 1200m., between Chrysovitsi and Piana and in a beautiful and inaccessible location, is Limbovisi (or Limbovisti), the glorious village of the Kolokotronians. The village obviously has a Slavic name, like other villages in the area. The people of Kolokotronians lived here, and General Th. Kolokotronis grew up and lived from time to time.The only houses it contains are the reconstructed house of the Kolokotronians, the old church of Ai – Giannis, where the Elder of Moria (Nickname of Th.Kolokotronis) and his lads used to go to church, a refreshment room as well as a small house of the guards. The reconstructed house of Kolokotronis is a stone building built according to the testimonies according to the standards of the old and in a place – apparently – next to its original location (right next to it there are ruins of an old house).Today the house functions as a museum and houses modern iconographic material from the life and work of Th. Kolokotronis.
Near Limbovisi is Arkoudorema, a magical location of Mainalo, where there was the homonymous village from where the ancestors of Th. Kolokotronis started. Our route between villages Piana-Xrysovitsi, pass through the dense fir forest and are enchanting.

Xrysovitsi
Beautiful forest village in the fir-covered slopes of Mainalo at 1,100m. We distinguish the church of the Assumption with the icon of the Virgin Mary worshiped by Kolokotronis, its stone-built houses and fountains and the Museum of Forest History of Mainalo

Dimitsana.
One of the most beautiful and well-preserved villages of mountainous Arcadia, with unique architecture, atmospheric hostels, impressive monasteries, the gorge of Lousios and the fir-covered Mainalo within walking distance, is Dimitsana.
The architectural landscape of the traditional settlement, with the high, stone tower houses that spread on two opposite hills, is unique. Walk the cobbled streets with the imposing mansions and visit the historic library with rare editions and the small ecclesiastical museum housed in the renovated house of Patriarch Gregory V.
Just outside the village, the excellent open-air Water Power Museum ( Hydrokinesis), unique in Greece, guides you to the pre-industrial technology of the area, while you take a beautiful walk in nature following the flow of water from the flour mill to the tannery and the gunpowder mill (during of the Revolution, the historic Dimitsana was the most important center for the supply of gunpowder).

Karytaina,the “Toledo” of Greece.
Karytaina is perched at an altitude of 582 meters, with the 13th century castle standing sleepless guard on top of the rock behind it and its red tile roofs creating the perfect contrast with the green of its background.You will see the historic Castle of Karytaina, where Theodoros Kolokotronis had settled during the Revolution and the beautiful, five-arched bridge with the “integrated” church of the Nativity of the Virgin, dating from the 13th century. The fifty meter long bridge is hidden under the modern one.

Monastery of Virgin Mary ( Panagia of Th.Kolokotronis)
The “monastery of Kolokotronis”, as it is also known, because he had taken care of its reconstruction in the years 1822 to 1825 after its destruction by the Turks. We have the first report of the monastery as a new monastery in 1322, in a gold bullion of Andronikos Paleologos.

Passionate About Travel
At Trigilidas Travel we love to travel. We have first-hand knowledge of the itineraries we put together and we know what our clients want when they travel.
Unique Experiences
We want you to have a unique experience, taking you to hidden gems, we can also add those extra touches to make things feel all the more special.
High Standard
Our properties are always of a high standard, our suppliers are vetted and assessed to make sure that our own high standards are met.
Service
We are as invested in your trip as you are, every guest really matters. We aim to give you excellent customer service, the perfect holiday and to leave you with a great impression of Greece.
Value
We like to give value for money, often we are cheaper than most group tours. Our Private tours are more flexible, tailored to your needs & better value for money.
You will need to provide the nearest major hotel to where you are staying, and enter these details as the pick up in your booking request. Alternatively you can make your way to the main departure point (Nedontos 79 str.).
Trigilidas Travel as a tour organizer is specialized also to groups and private tours so please mail us at info@trigilidas.gr or info.trigilidas.com.
It may be possible to amend your booking however, this depends upon the type of amendment required and is at the discretion of the travel service provider. Contact Trigilidas Travel customer care department with your current booking details and specific details of your amendment, and we will be able to advise if the change/amendment is possible.
The confirmation process depends upon the booking conditions. These are explained in the Additional Information field, located on the tour & activity information page. Most tours are confirmed at time of booking; however, others will be advised to you within 12-48 hours. If confirmation or otherwise is not received within 48 hours, please contact us for further assistance. 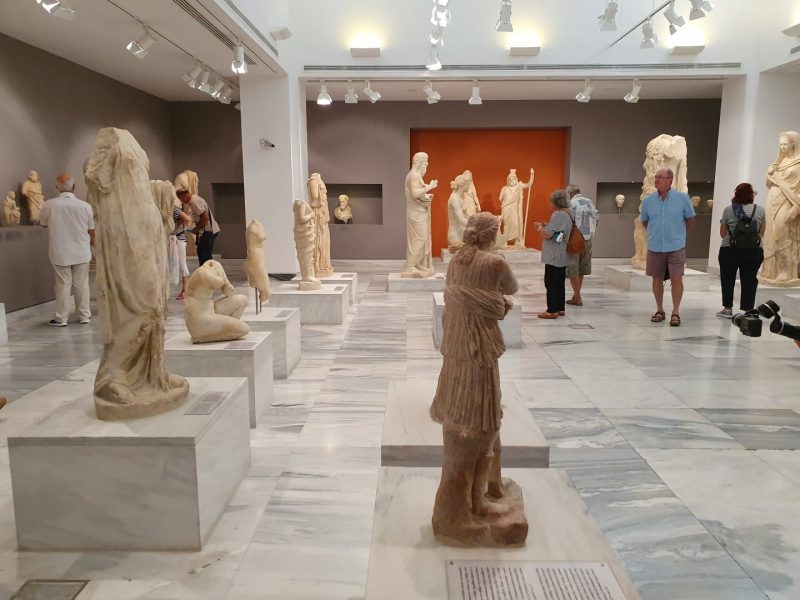 Heraklion Archeological Museum | Skip the line and prebook your ticket 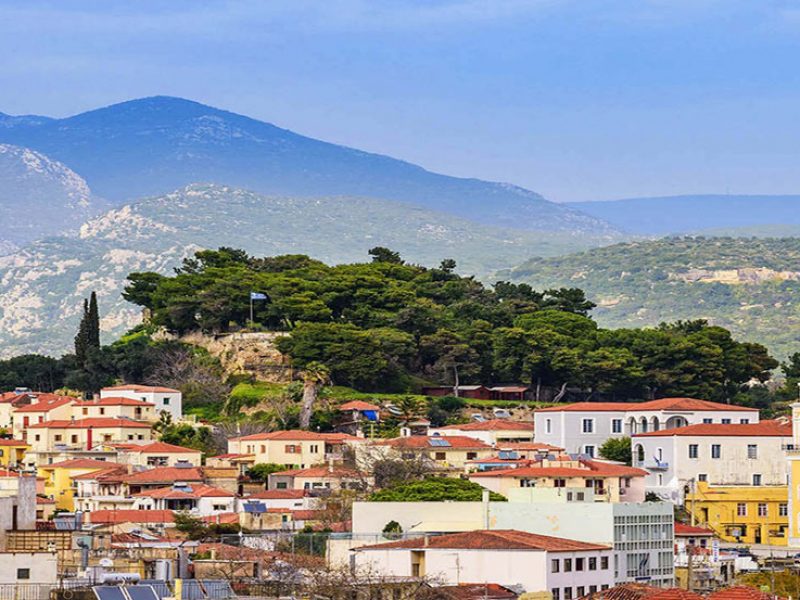 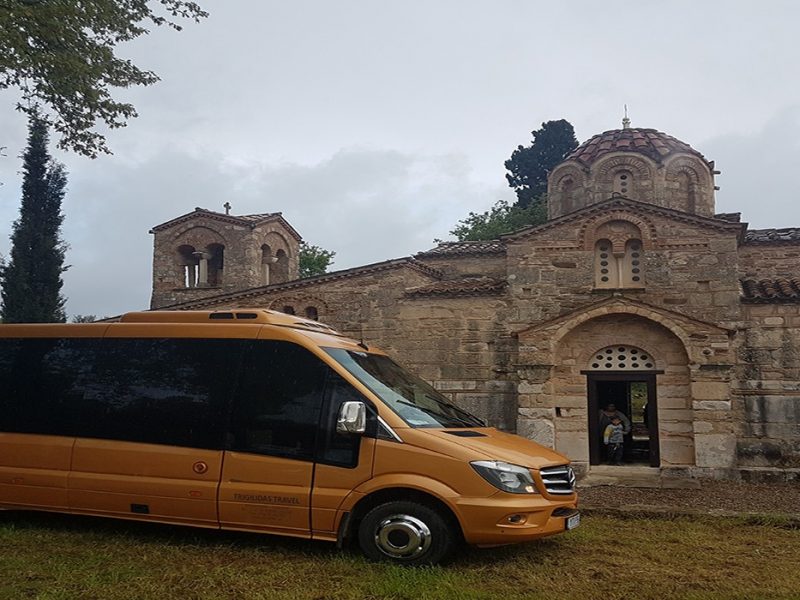 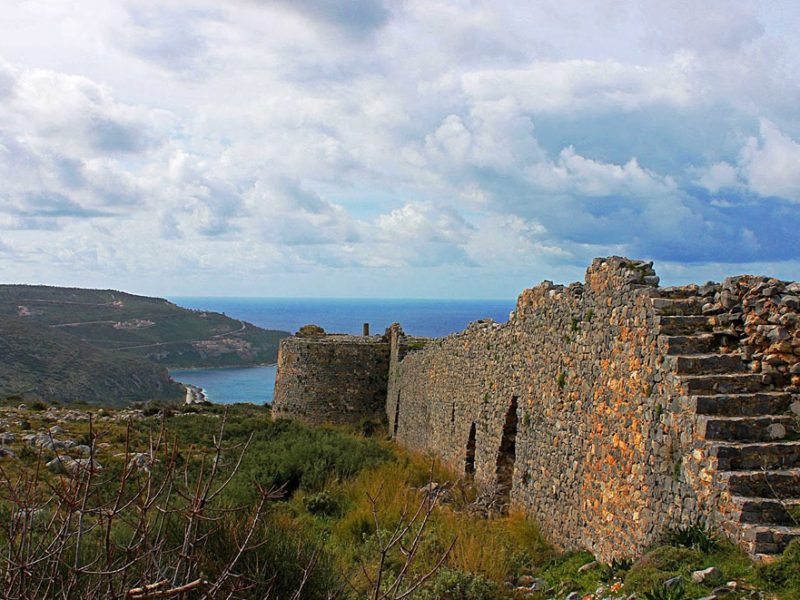