Spetses, the lady of the Gulf Islands.
It is the island of Matrozou and Boumpoulinas, and helds fairly the privilege of the National affirmation for their invaluable and decisive offer, during the Greek Revolution of 1821.

Here, the history meets nature and tradition. The amazing combination of pine and sea, creates spectacular views of natural beauty. Lacy beaches with golden sand, pebbles and crystal sparkling sapphire waters, give you moments of peace and serenity.

At the same time, it maintains features that remain unchanged over time.

The mansions of the captains of the last century with the local architecture, the picturesque Byzantine churches, he historic museums, the streets with the famous spetsiotic cobblestones, the picturesque shipyards and carriages are traditional elements that manage to fascinate the visitors for many decades and beyond.

In Dapia, the current port, there were cannons that defended the town. Today around the harbor there is the commercial center of Spetses.

Spetses have about five thousand inhabitants, which multiply every weekend and summers due to the easy access from either Kosta or from Piraeus.

The best known traditional event in the island, that attracts thousands of visitors, is the re-enactment of the naval battle of Spetses of September 1822.
This is an originall popular festival where hundrends of inhabitants contribute to its realization.
The events take place in the first half of September and last for a week, reaching their peak with the blowing up and burning of the effigy of the Turkish flagship, in a pandemonium of fireworks and crackers.

This tour is available every year, first Saturday of September , close to 8th of September,depending the weather conditions and you can select your date during the booking process. We’ll then get back to you with the confirmation. 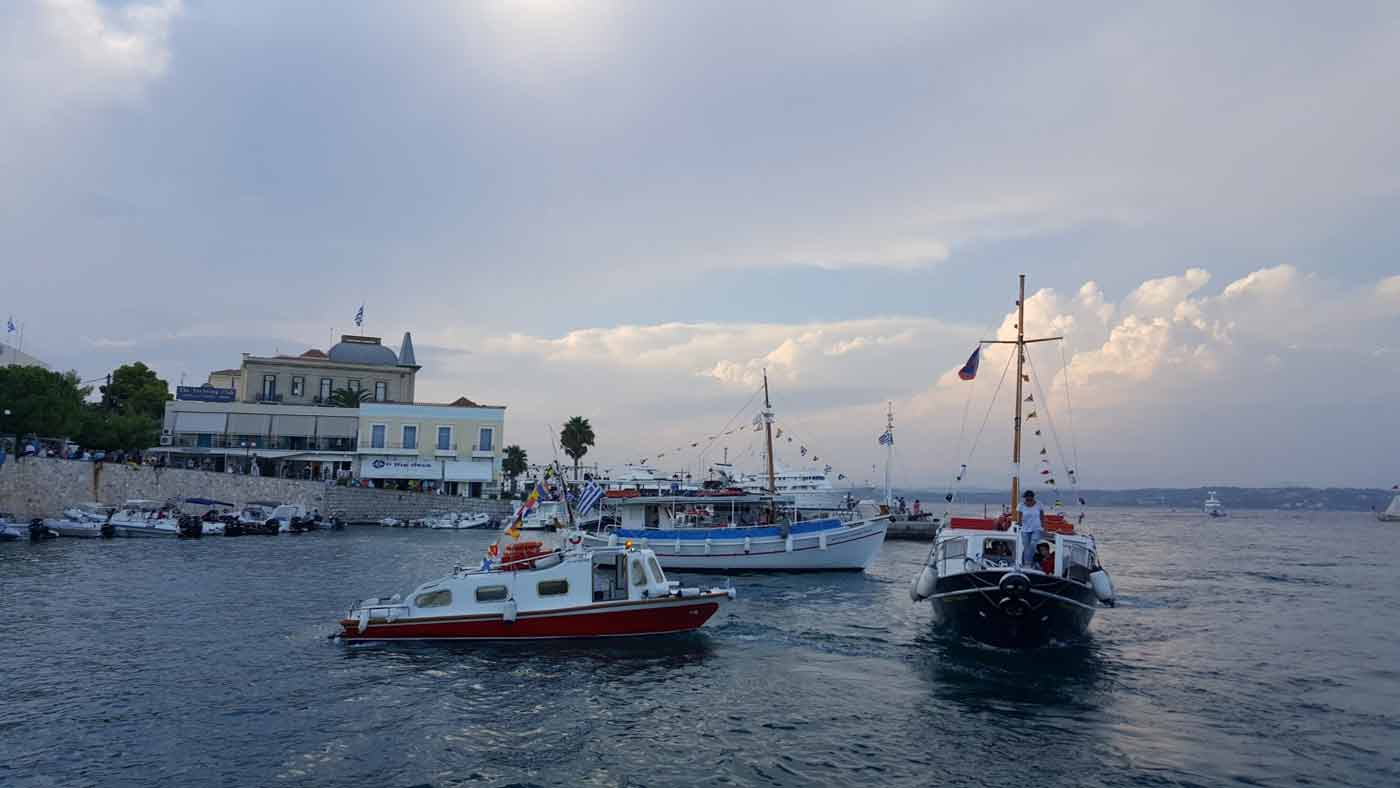 Meeting point at the port of your choice Porto Heli or Kosta or Piraeus, take all your luggage and personal items with you, transfer by boat to the beatutiful island of Spetses.
Welcome to the island of perfumes!

One of the most beautiful and cosmopolitan islands of the Saronic Gulf. The first specimens of human existence date from the Mesolithic era, around 8000 BC, and in antiquity was called Pityousa because of its many pines. It got its current name during the Venetian period, due to its many fragrant flowers (isola di spezzie, ie island of perfumes). Spetses became one of the most powerful naval and commercial forces in the Aegean.
Check-in at your hotel, free time to explore the capital of the small cosmopolitan island. Overnight. 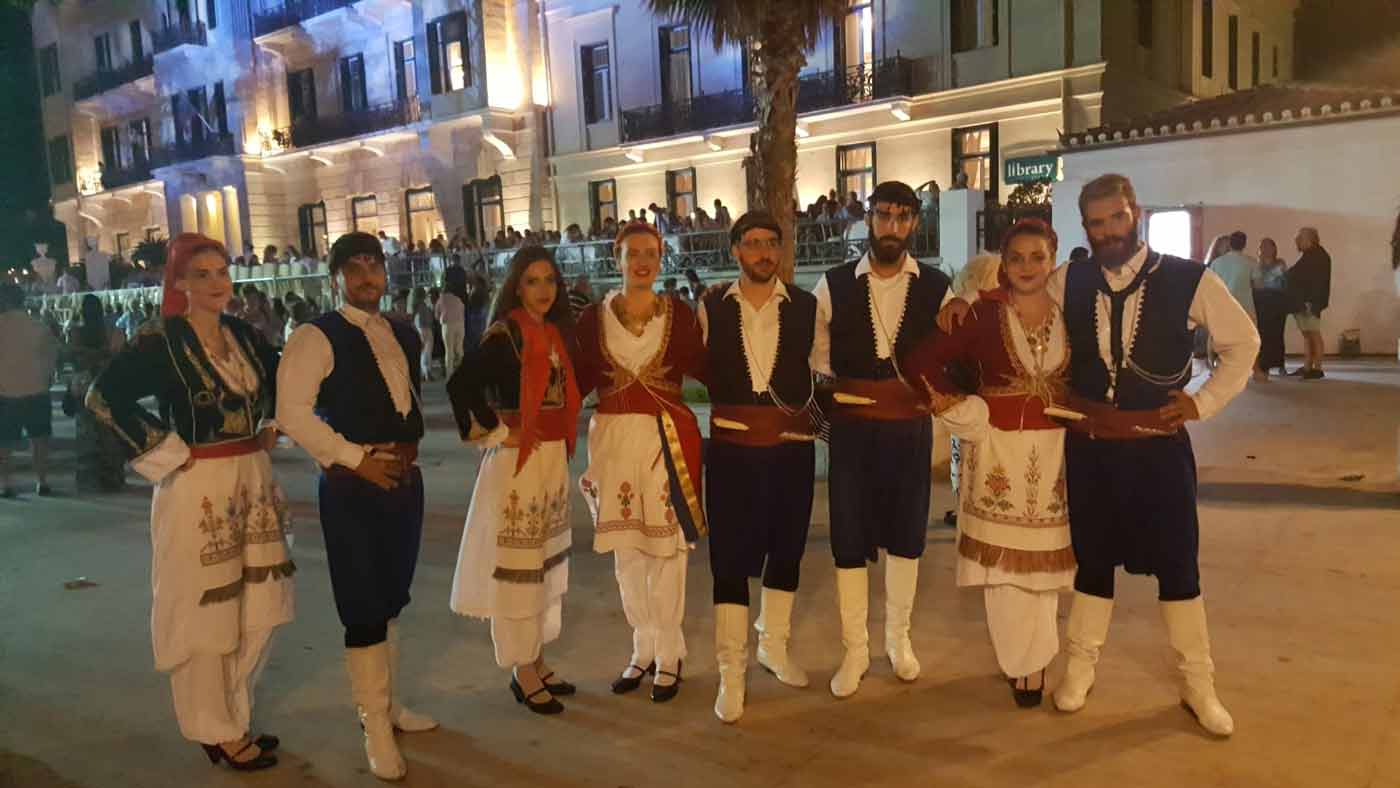 After your breakfast you will have a half day city tour to Lordly Spetses. You visit the house-museum of the Heroine Bouboulina. You will admire the house of the benefactor of Argyros island, but we will also worship at the sanctuary of Agios Antonios in Dapia and admire the majestic building of POSEIDONIO hotel. Free time to enjoy your rides with horse-drawn carriages and after sunset the Reenactment of the Battle and Burning of Turkish Ship-Armata. Entertainment with traditional Greek music and dances with Foklore costumes at the Quai of Spetses. You can also taste the greek delicacies in one of the picturesque taverns of the island.Overnight. 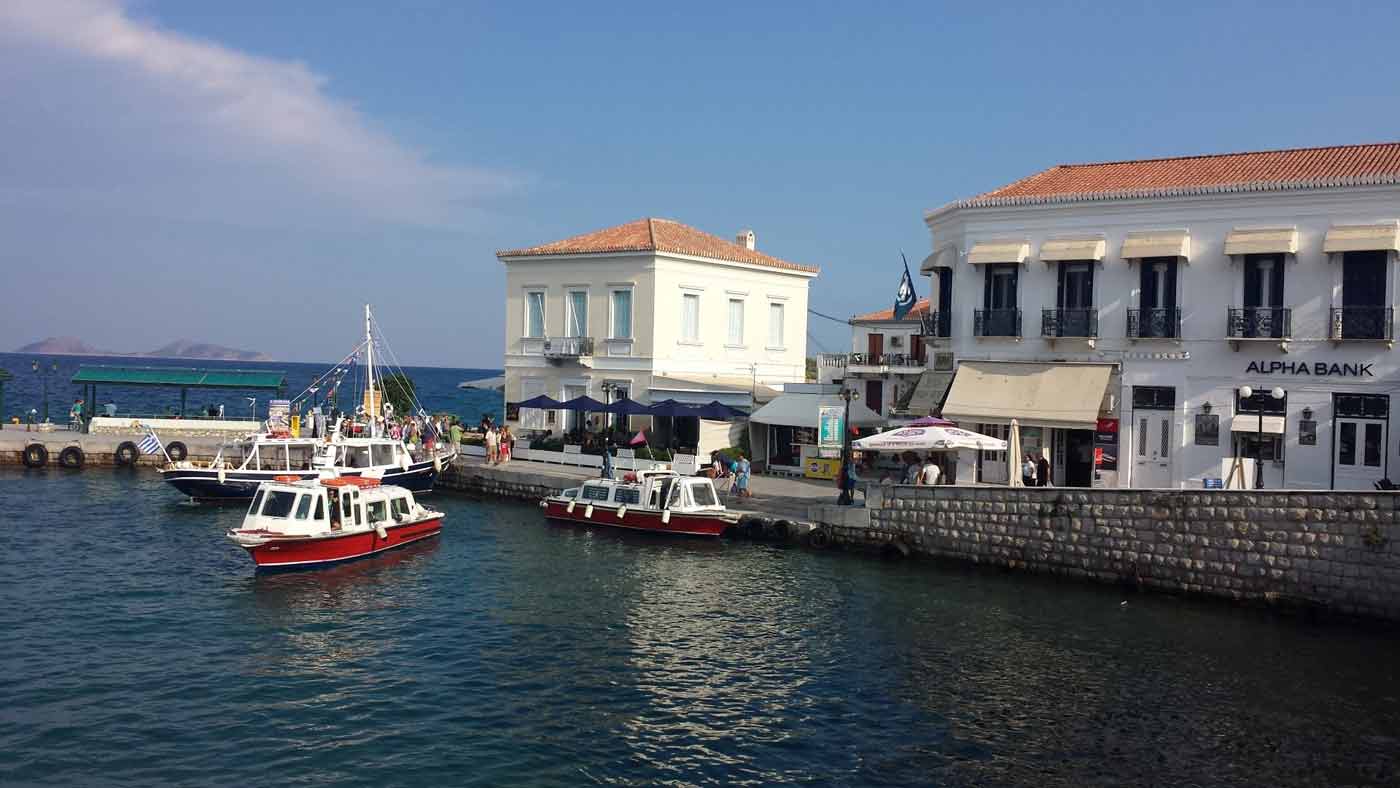 Breakfast, lazy morning and free time for your last walks and shopping at the cozy shops of Spetses.Check-out with all your personal belongings and departure, with your boat to Porto Heli or Kosta or Piraeus. Arrival at your port,end of your experiences to this unique island of architecture , authentic Greek beauty and history..

Luggage for 3 days with comfortable athletic clothing that allows you to move freely.
Hat.
Sunglasses.
Sunscreen (especially during summer months).
One day hiking backpack 20lt (if available).
A spare T-shirt.
A windstopper jacket.
Swimsuit.
Appropriate clothes for the season.

Final meeting time,point and information will be advised by sms or email seven (7) days before the departure of your tour/activity.

Pls kindly read our CANCELLATION POLICY where you can find at our COMPANY details at the bottom of our home page. 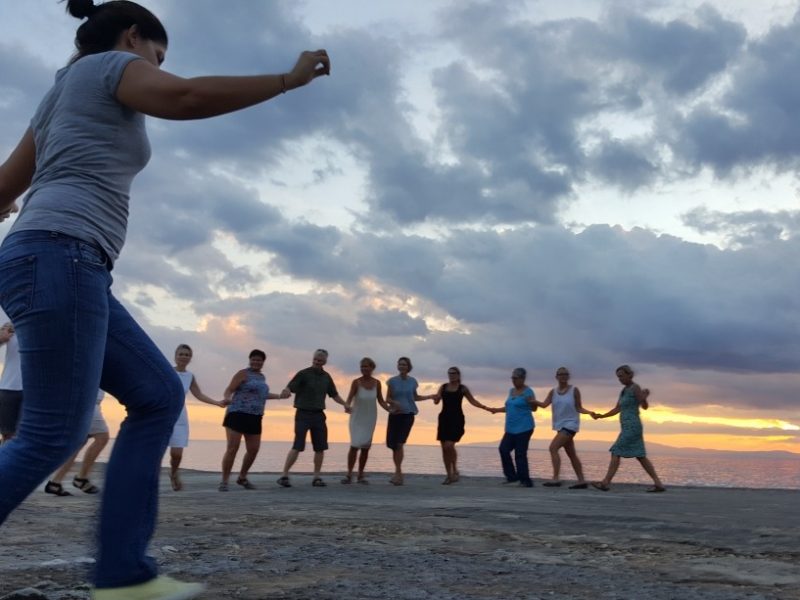 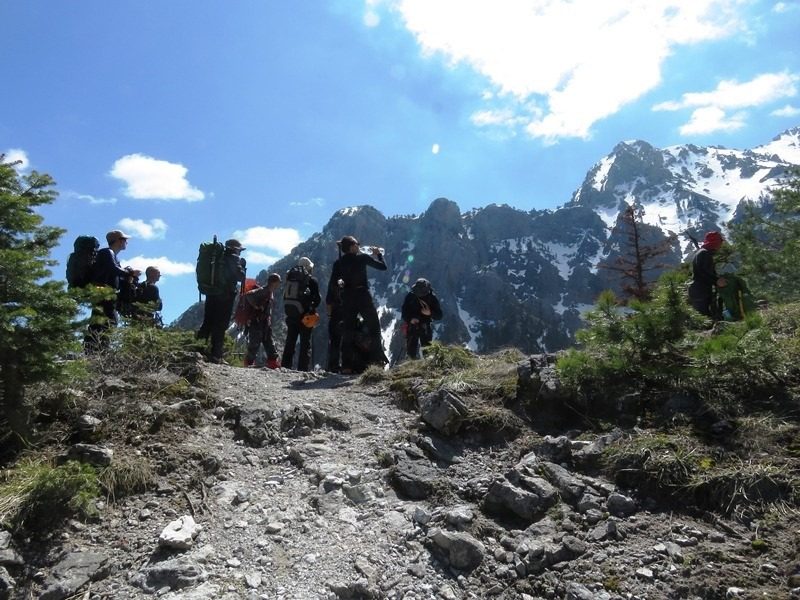 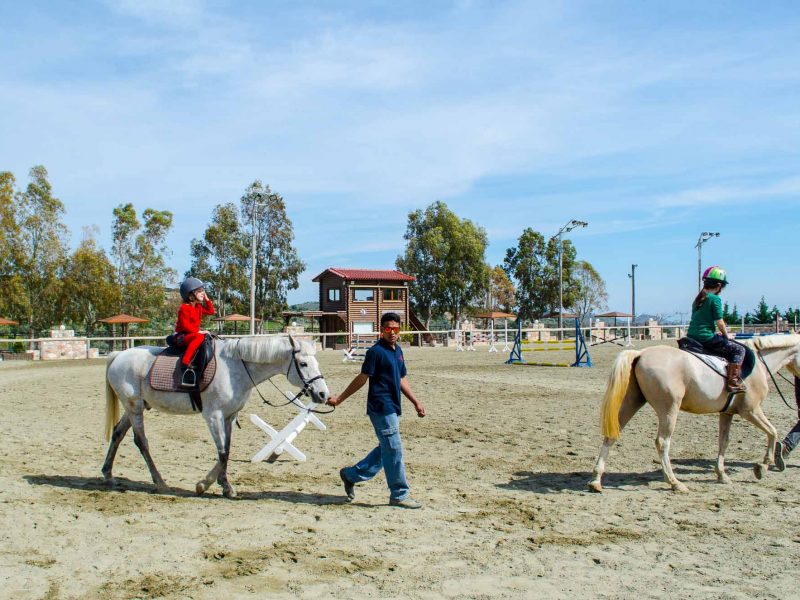 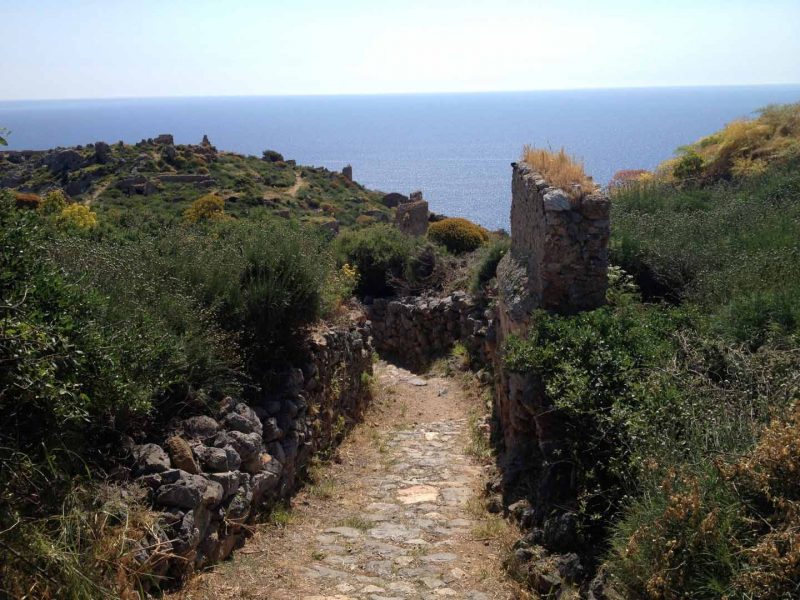